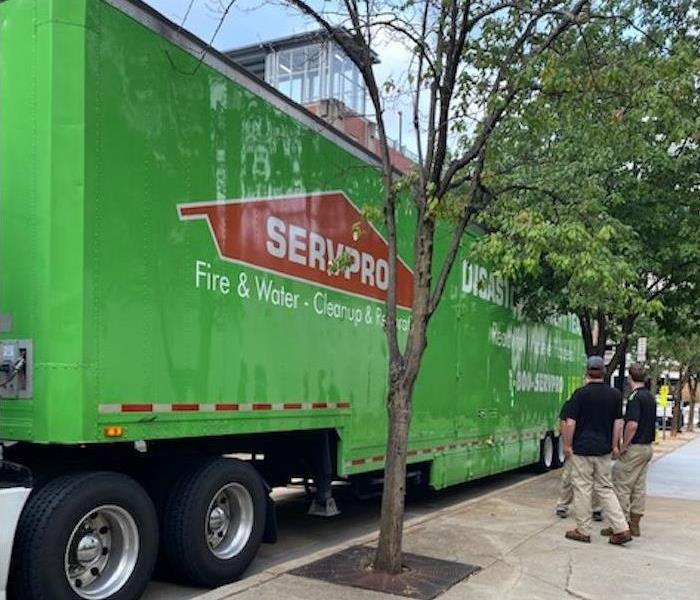 SERVPRO Assists Knoxville Residents with Flood Damage All Year Round

Knoxville is situated on the East of Tennessee with a population of 187,063. However, the surrounding metropolitan area that makes up wider Knoxville is home to close to one million residents. Despite lacking the global reputation of its close neighbors Nashville and Memphis, Knoxville remains a charming city with its ballpark, rich pre-civil war history, and architecture. The modern urban centers boast excellent museums, 1920s cinemas, southern-style restaurants, and live music bars. The area is equally admired for its stunning landscape with the nearby Smokey Mountains and state park and the winding Tennessee River that runs through the town.

Knoxville was a relatively prominent part of early US history. The region was run by both confederate and unionists during its three-hundred-year history, even, at one point, being the capital city. Infrastructure projects in the mid-eighteenth century boosted the local economy, which was sustained until the 1920s. In the latter half of the twentieth century, numerous rejuvenation projects took place in Knoxville, notably with the World's Fair hosting in 1982. The downtown of Knoxville, in particular, has benefited significantly from revitalization projects in the recent past. Knoxville's city is home to over forty festivals a year, from craft breweries and car shows to cultural heritage and Farmer's Markets.

Flooding emergencies can occur to any homeowner and are often traumatic, time-sensitive events. To recover the property quickly and reduce losses, it is essential to use a qualified restoration service. Contact us for:

SERVPRO technicians are local to Knoxville and can arrive on-site within four hours of notification of loss. Our crew chiefs are experienced in dealing with flooding situations on residential properties.

In an emergency flood situation, do not hesitate to contact SERVPRO of Rocky Hill / Sequoyah Hills / South Knoxville for flood damage at (865) 328-9417.