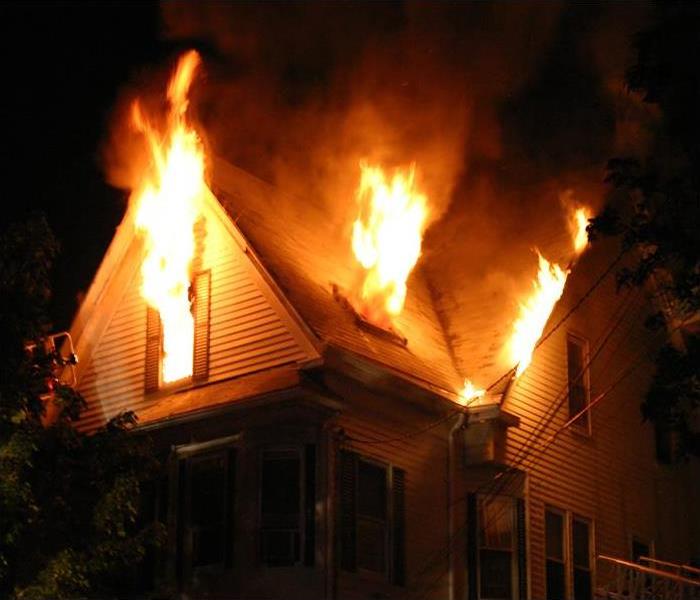 Although a small percentage of fires destroy a house completely, most of the remediation cost is from smoke and soot.

Any house fire in a Rocky Hill home causes some damage. Although a small percentage of fires destroy a house completely, most of the remediation cost is from smoke and soot. The time to clean affected structure and property is a lengthy process, but usually, it is cheaper than dealing with a home that requires extensive work to clear out and replace burned property.

Due to smoke and soot, much of the Rocky Hill fire damage can center around the heating and air conditioning system. Once we begin to inspect a home, SERVPRO runs through a short checklist with the owner and fire department, if they were called out, to determine how extensive the residue may be and the actions we need to take.

First, what was the proximity of the vents to the fire? The closer the vents and the air conditioner or furnace were to the fire itself, the more likely we need to clean the system.

Was the air or heat turned on and in operation? If yes, did smoke enter the supply side of the system? If the answer to both is yes, then there is smoke residue inside the ductwork.

Did smoke blow out of the return vents? If it did, then the residue is probably throughout the entire duct works, and SERVPRO technicians must bring in extendable brushes and fog machines to generate a cloud of cleaning agents that can reach every surface inside the ducts.

How long did the fire burn? A quickly extinguished blaze does not have time to generate much smoke, which means the amount of residue is small. One that burned a longer period, even if there were few flames, generates much more smoke which travels through the home, leaving a residue over a wider area. The surface residue is thicker as well, requiring stronger cleaners. It is more likely that we need to remove and replace building material such as ceiling tiles, drywall, and floor trim.