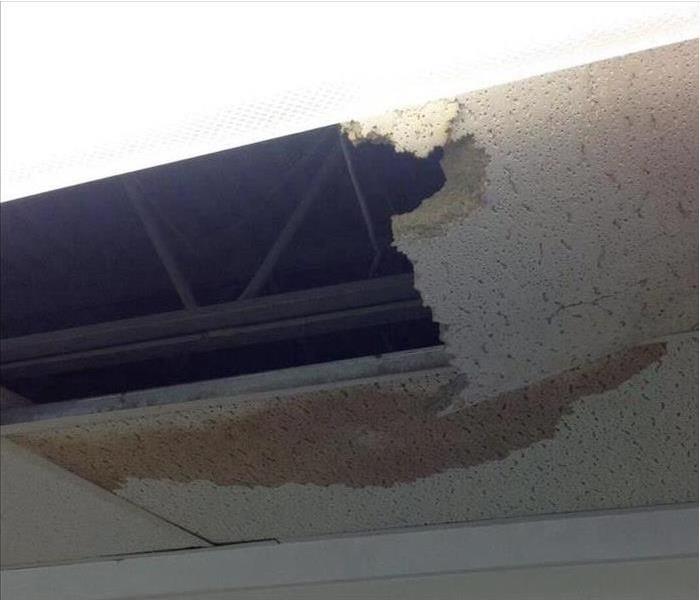 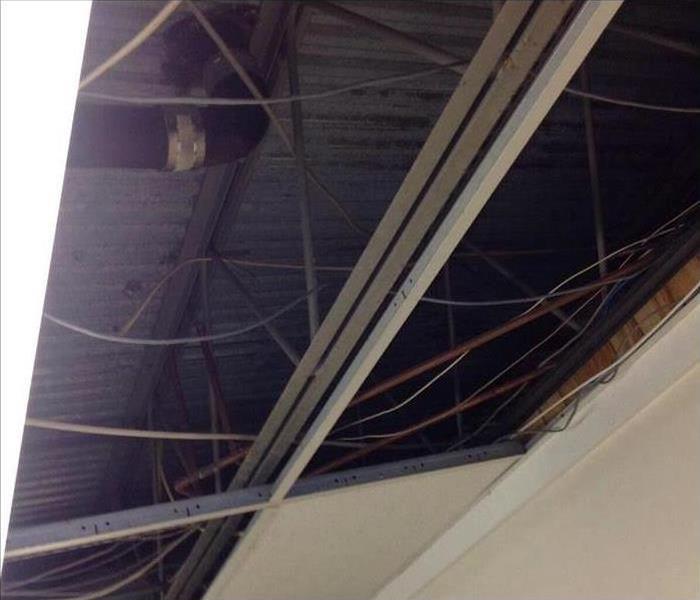 Water damage to this Knoxville office was the result of a burst pipe from above the drop ceiling. The office staff found this when they opened for work on a Monday morning, so the water had been flowing onto the ceiling for some time before it was discovered. SERVPRO of Rocky Hill / Sequoyah Hills / South Knoxville considers situations such as this to be emergencies and respond immediately. The water had caused numerous ceiling tiles to fall to the floor. When our technicians encounter situations such as this one they first would make sure the water was shut off. Then they would locate the source of the water leak and facilitate repairs. Next, the debris would need to be picked up and disposed of properly. The water on the floor would then be cleaned up. Commercial air movers and dehumidifiers would be used to aid in the drying process. Once everything was dry, the ceiling tiles would be replaced.

View More Before & After Photos